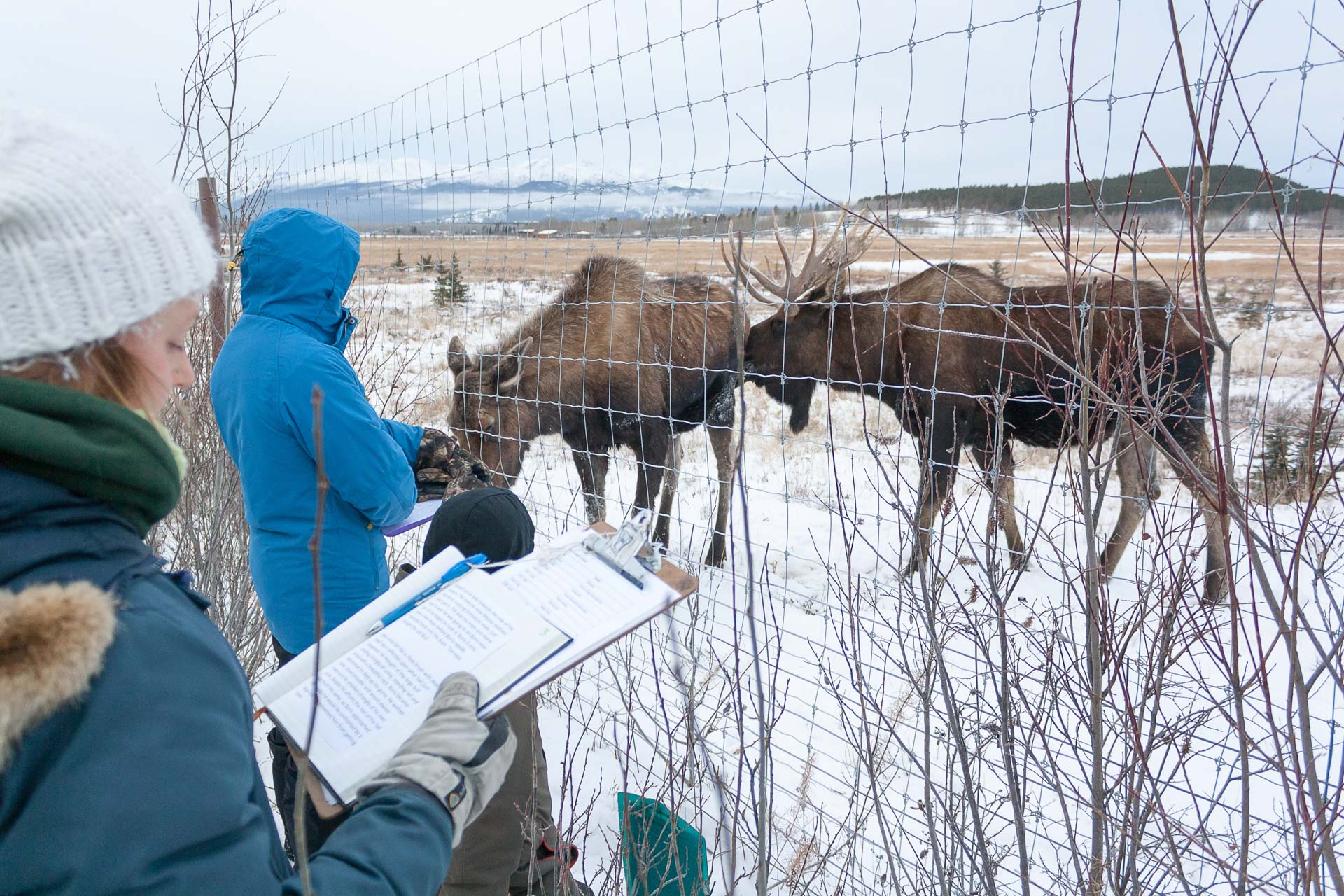 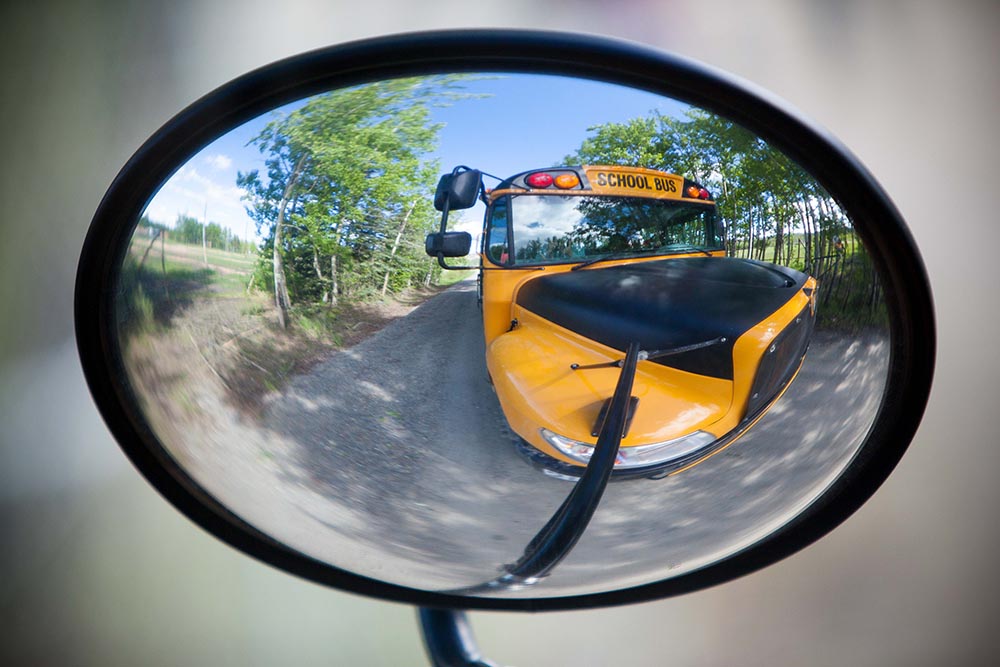 Each of the 360 videos below provide a jumping off point for further discussion or one of the accompanying activity suggestions.

360 videos allow you to explore your environment. We recommend viewing on a mobile device or tablet. On a mobile device you can explore the video by tilting and turning the device. For a more immersive experience, you can use a VR headset, or put your phone in something like a google cardboard. If using a computer – simply click and drag to explore.

You can view these 360 videos and find other educational wildlife videos on the Yukon Wildlife Preserve’s youtube channel.

To get the most out of the video, we recommend watching on the highest resolution (that your internet connection / plan will support). Of course at higher resolutions the video will require more bandwidth. To adjust your resolution: 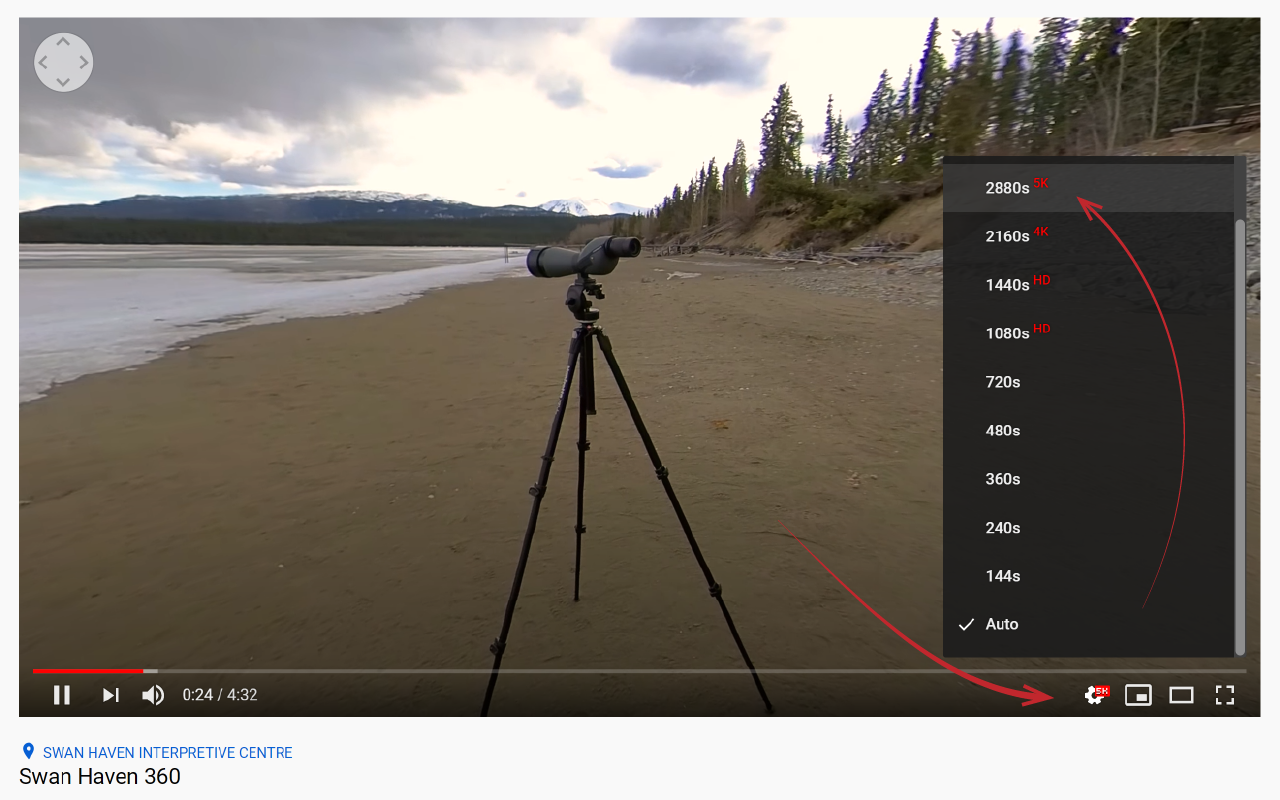 For detailed and immersive classroom resources exploring the many wonders of the Roald Dahl novel “The Fantastic Mr. Fox”, including assignments and writing prompts, please check out: https://www.roalddahl.com/docs/FantasticMrfoxvector_1542971017.pdf

*The following activity is an adaptation of a wonderful, complete lesson comparing Red and Grey Foxes designed for the Virginia curriculum, which is well worth a look for all teachers: https://emammal.si.edu/system/files/lesson2_adaptation_teacherguide.pdf

OBJECTIVE: The goal of wildlife ecologists is to study how wild animals interact with their environment. One of the most common questions wildlife ecologists ask is where certain species live, and conservation biologists add to this question, asking how humans impact where species choose to live.

Let us attempt to learn how fox species use the habitat available to them in the Yukon, how their adaptations help them live in different habitats, and how human behaviour affects these species.

STEP 2: Brainstorm and research foxes. Now that students have a sense for the traits of an animal that make up its niche, let’s focus on foxes. Individually, have students write down everything they know about foxes. Among the questions they should think about:

Have students discuss their answers in small groups and then share their ideas as a class. Accumulate students’ ideas about foxes on the board or in a doc. It is important to note at this point that the fox facts students list here are based on their observations and opinions, but aren’t necessarily based in science. Students will research more on foxes in a later portion of the lesson, comparing their opinions and observations from a reputable science source (links provided below).

There are two types of foxes in the Yukon, the Red Fox and the Arctic Fox. Prompt students with some questions about niches and these two foxes. Are the observations they listed likely for both foxes? Which fox have they seen or heard about more often? And, the most important question for today’s lesson: If both of these foxes live in the Yukon, are their niches the same?

As you discuss this question, it is important that students learn that no two coexisting species can have precisely identical niches. Ecological theory says that one species will always competitively exclude the other if their niches overlap, meaning that they won’t coexist in that space for a long time. So species with similar niches in an ecosystem often partition their resources, meaning that each species takes a different part of a resource. This consequently leads to slightly different niches and the ability to coexist. Resources that are partitioned can be food, habitat, den/nest sites, hunting times (e.g. nocturnal vs. diurnal activity), and many others. For example, two birds living and feeding on insects in the same tree species might appear to have identical niches, but, upon closer look, one bird might feed in the new needle bundles at the top of the tree, while another feeds on the old needles and bare lower branches, allowing them to coexist in those trees due to slightly different niches.

At this point, show your students the clip of an Arctic Fox in Deadhorse Alaska (https://www.youtube.com/watch?v=ZqgIIhIM3OE), whose habitat now includes Red Foxes who have followed oil and gas workers into the region. Discuss whether or not these foxes would normally share a habitat. This is a great opportunity for students to do a bit of research.

To support class discussion of the potential northern movement of Red Foxes, and how this may affect Arctic Foxes, share with your students the following article:  https://www.amnh.org/exhibitions/climate-change/changing-land/moving-north

Final questions for class discussion: As the Arctic warms, will Red Foxes enter the habitat or niche of Arctic Foxes? What do you think might happen? What will human behaviour have to do with this? Allow your students time to weigh and consider these questions, and encourage them to write a response.

Here are some helpful links from around the web for excellent sources of information about Red Foxes:

For Yukon-specific Fox content and a great pdf on how to live safely with foxes in the Yukon, we recommend checking out the following:

For fast facts, details, and general Fox information, we recommend checking out:

We recommend checking out the comprehensive and exciting activities from Scholastic’s Life in the Arctic Tundra Teacher’s page. From their website: “Take your students on an imaginary expedition to the Arctic with these nine activities!” https://www.scholastic.com/teachers/articles/teaching-content/life-arctic-tundra/

Adaptations of the Arctic Fox (Grades 1-4)

Check out this discussion and critical thinking activity from https://www.exploringnature.org/db/view/Adaptations-of-the-Arctic-Fox:

To broaden the discussion on life in the Arctic, consider this impactful activity from http://resources4rethinking.ca/en/resource/a-warmer-world-for-artic-animals. A description from their website: “The effects of climate change on ecosystems and the distribution of organisms within them are already evident in the Arctic. In this lesson, students will learn about the challenges that climate change presents for four specific Arctic predators. They will explore how such changes ripple throughout ecosystems, habitats, and food webs.”

Here are some helpful links from around the web for excellent sources of information about Arctic Foxes: