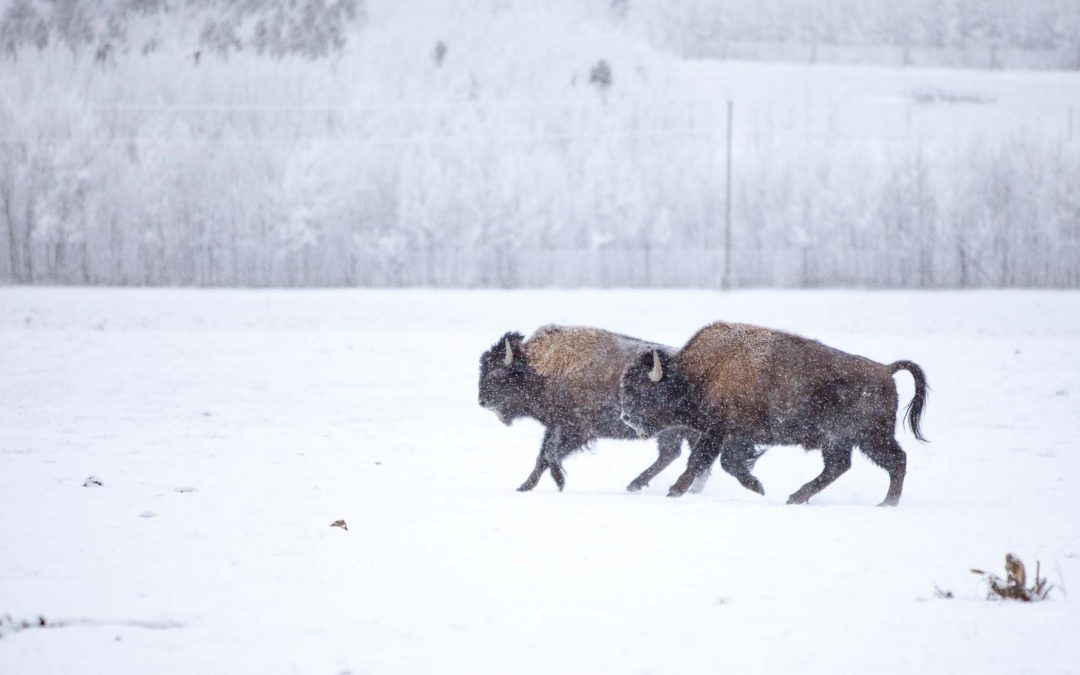 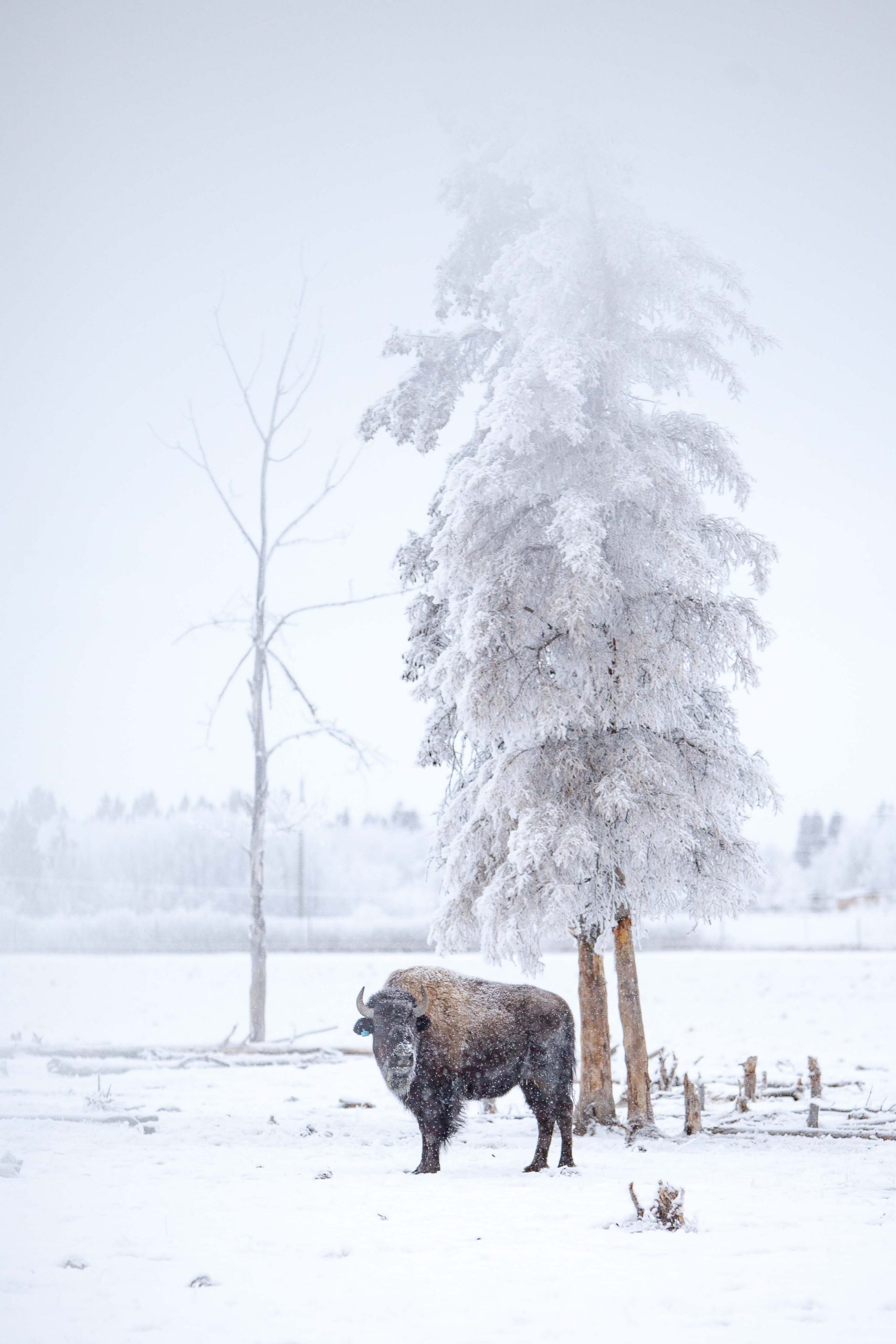 The Wood Bison is a giant:  the largest living land mammal in North America.  Males can weigh up to 2000 pounds, which is up to 30% larger than its Southern relative; * roughly *  the difference between a SmartCar and a VW Golf.  In colder climates it actually pays to be bigger! Larger individuals (which have a smaller surface area-to-volume ratio) are better at retaining heat. This rule of nature is known as Bergmanns Rule. A pattern, where species tend to be larger in colder climates than similar species of the same genus living in warm climates, is certainly not law – not all species of nature comply with it.  Yet, bison do, and living large in a cold climate means the more fat you can store to help you get through winter. 1[Read more about the complexity of nature pertaining to Bergmanns Rule 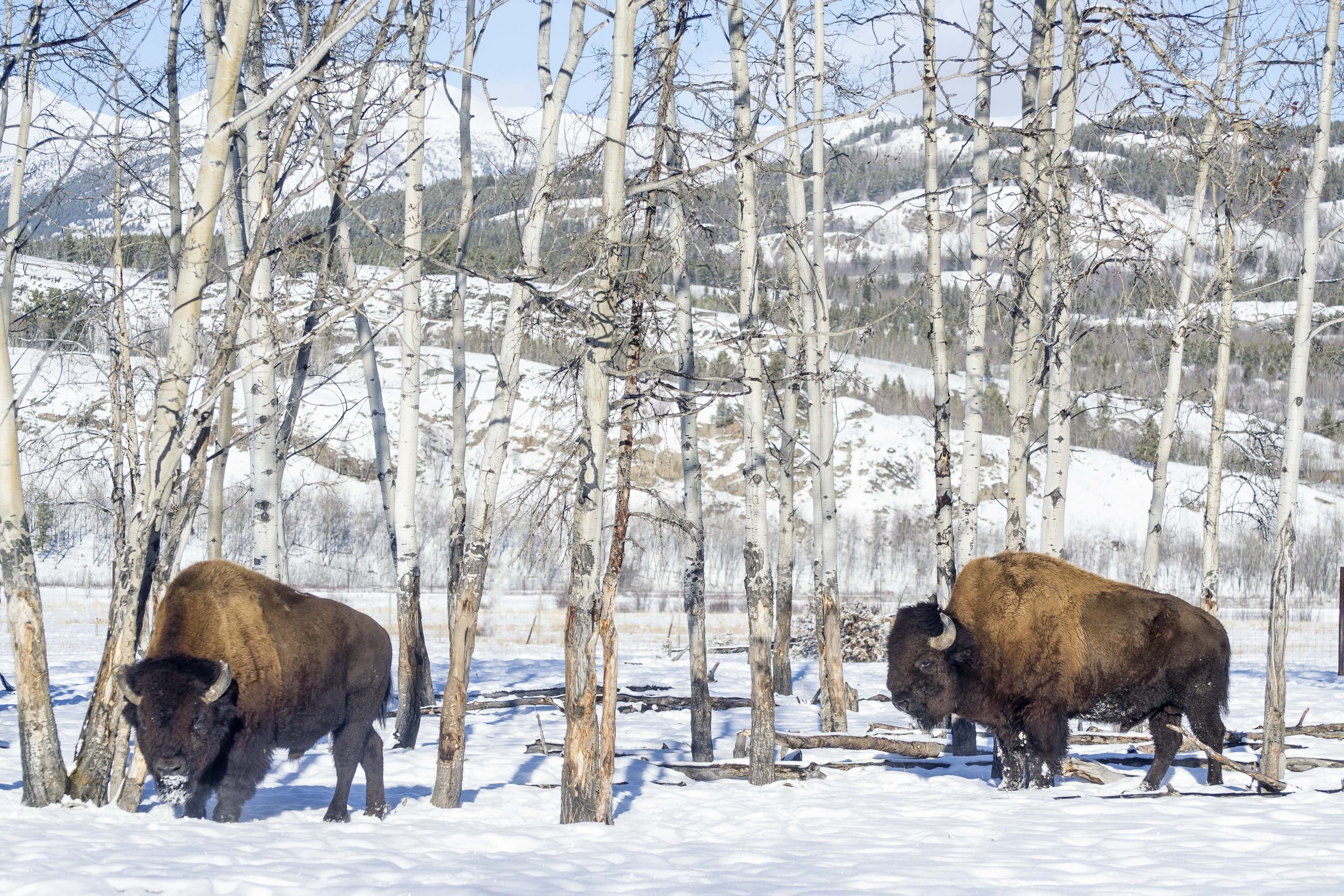 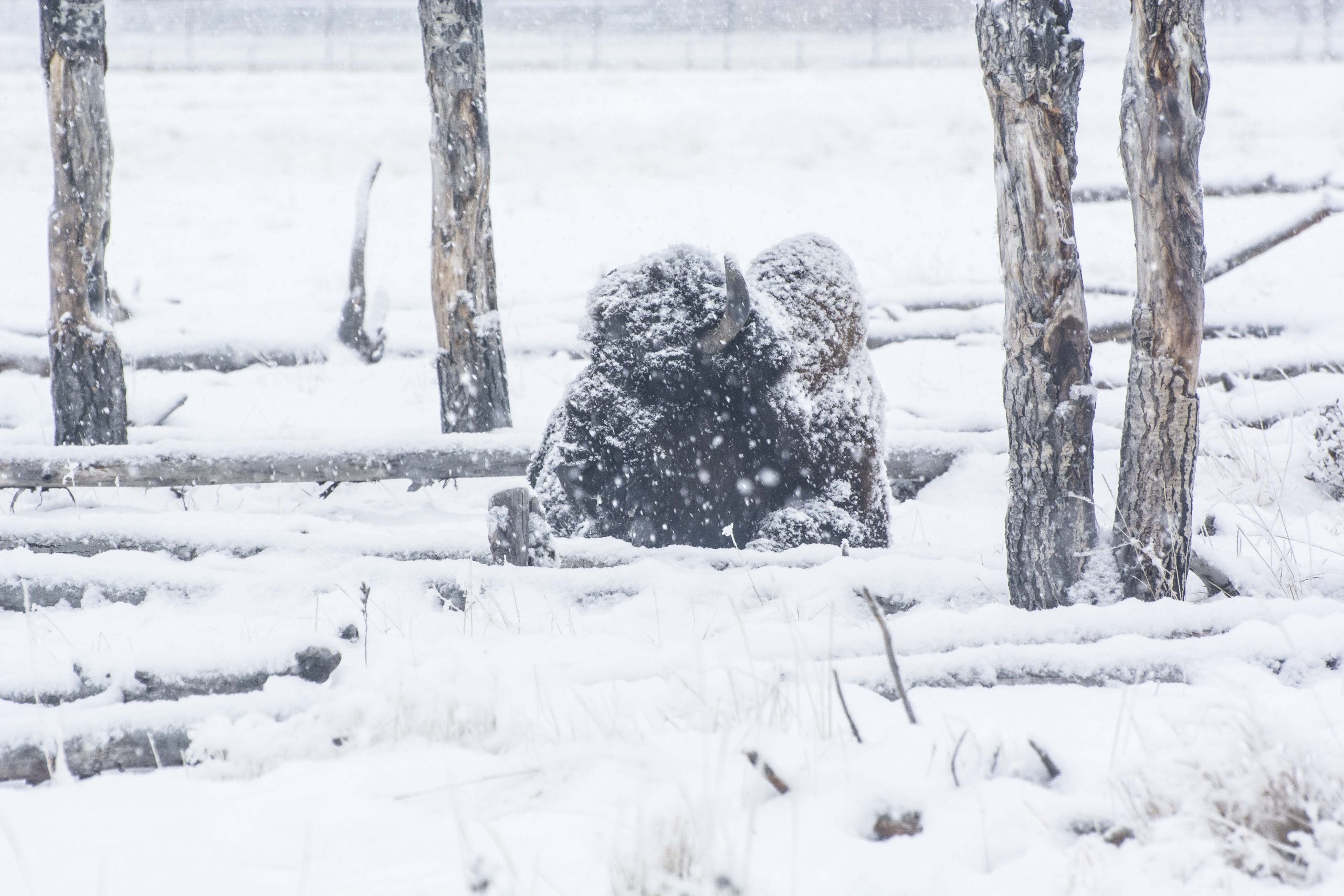 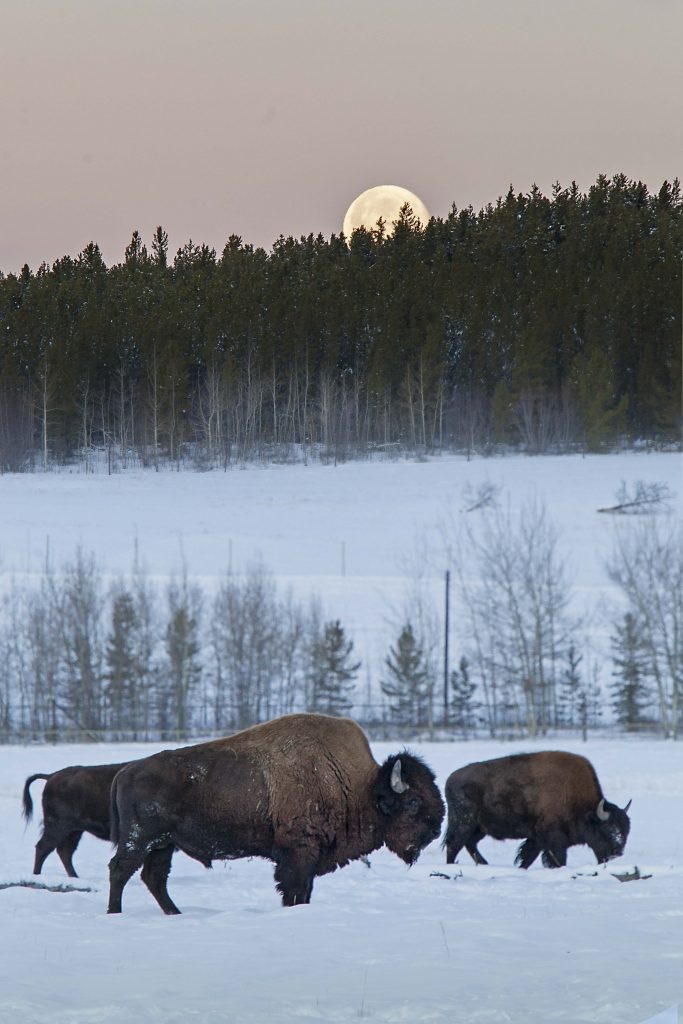 In the Yukon landscape, Bison have been roaming for millennia; first as the Steppe Bison, predecessor to the Wood Bison.  Due to a number of reasons however, they became extirpated in their Yukon homerange in the early 1900’s.  It is believed it may have been a combination of habitat loss due to climate change, disease and human predation.  In the 1980’s, the Yukon Government joined the National Wood-Bison Recovery Program and re-introduced a herd of about 170 bison.  Since then, Yukon’s wild Bison have re-adapted to life in the North – quite well too! Making best use of their terrain, they seek shelter in treed valleys when the weather gets nasty.  Interestingly, they can also be found on alpine plateaus up to 5000ft.  High altitude meadows are exposed to wind, which reduces the snow cover and allows the bison to find the underlying grass more easily. Typically good habitat for bison; however when winter weather patterns swing it can add additional challenges to these food driven behemoths. A sudden warming in the winter of 2018 caused peril for a few of these wandering bison.  2An odd case of bison death in the Yukon 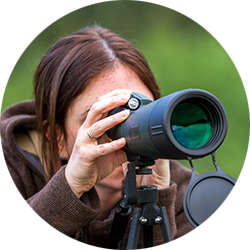