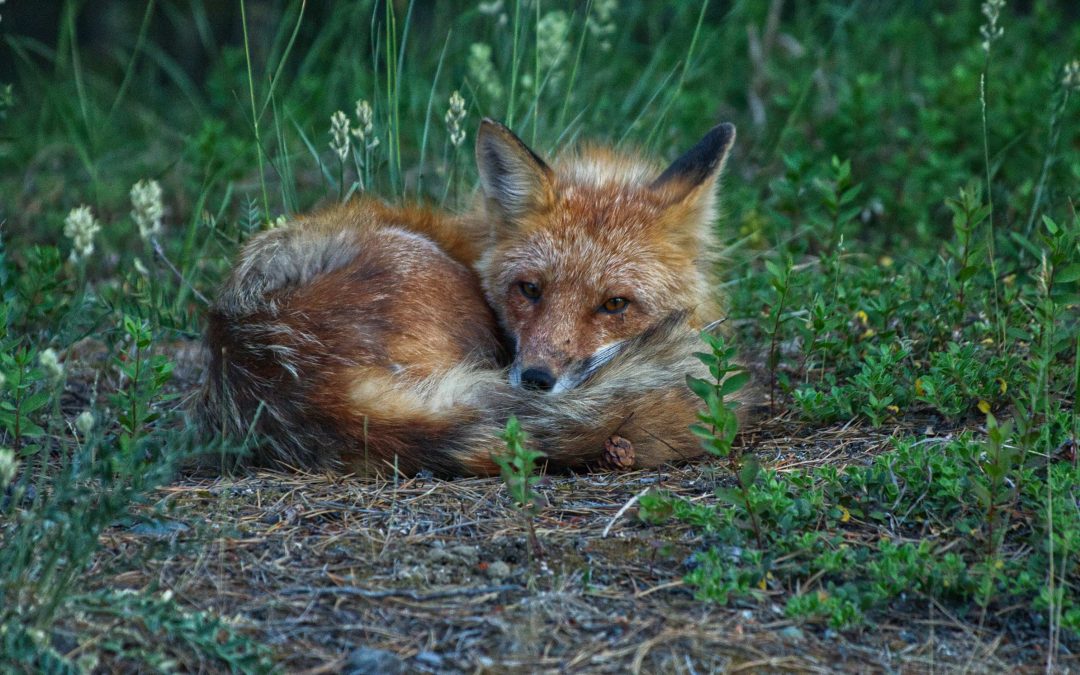 Red foxes are as familiar to any Yukoner as seeing their friend or colleague walking down the street. They are a welcome resident of Whitehorse, and most urban environments in Canada. Though many species numbers have declined since Europeans arrived to the shores of what is now North America, the red fox is the exception to the rule. Red fox populations have only increased since human settlements have grown and expanded. In fact, the red fox is one of the most widely distributed territorial mammals in the world.1even in the Arctic 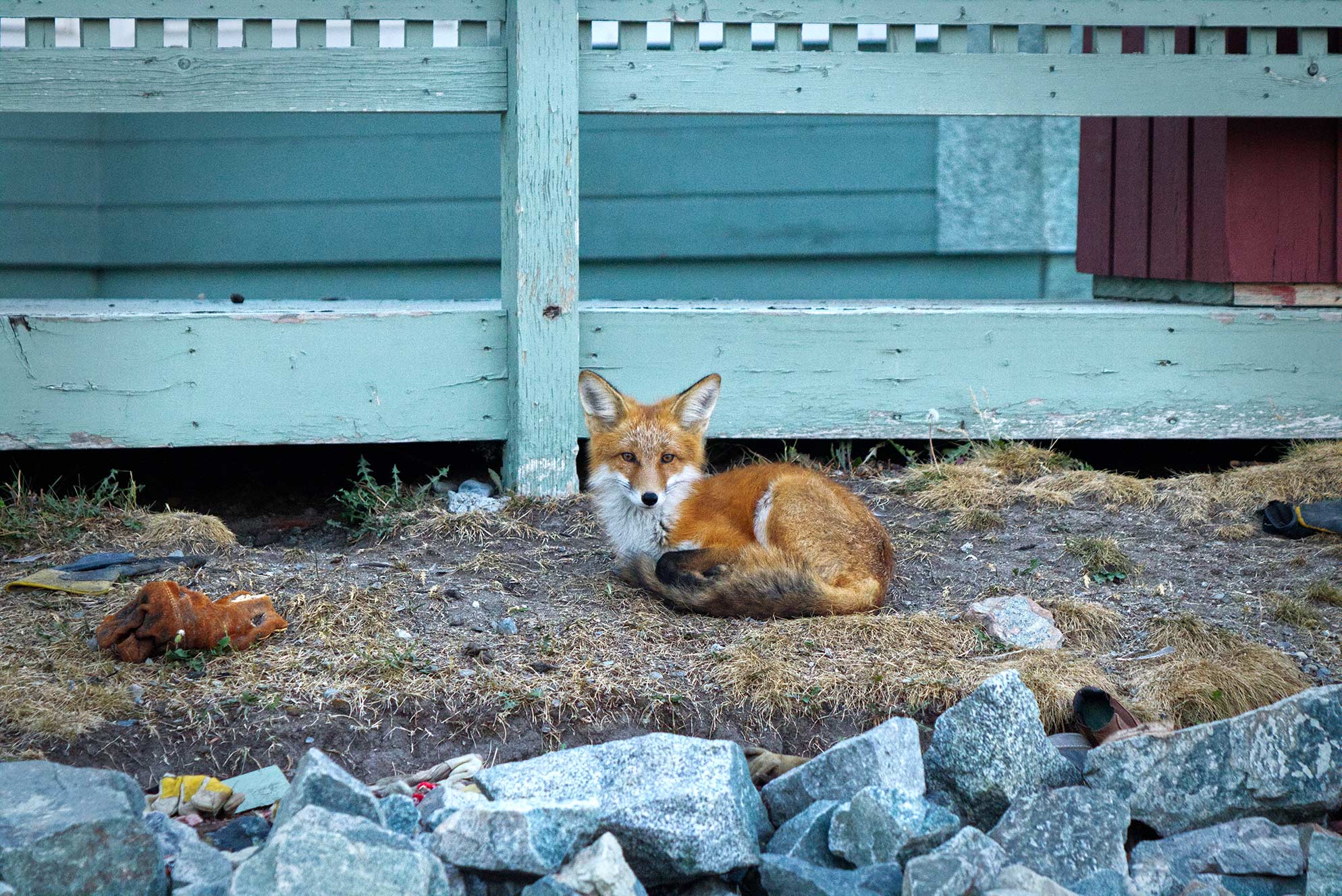 So why are red fox numbers growing alongside human populations? One reason that the arrival of Europeans coincided with a growth in the red fox population in Canada is that Europeans brought foxes with them. There was already a species of native red fox living here at that time, so both native and non-native red foxes live in North America. Native red foxes are what we typically see in the north; they are the Canadian Boreal Forest species that colonised here shortly after the last glacial period, around 11,000 years ago. Non-native red foxes are found further south, where they were released by European settlers in the mid 1700s, for hunting purposes. However, introduced red foxes are not the only reason fox numbers have increased since colonisation. Though it is commonly thought that people are generally bad for wildlife, there are certain species that benefit greatly from people, and red foxes are one of them!

Despite red foxes having plenty of wildland in which to settle and bear their young, they’ve often chosen human settlements to set up shop. Red foxes are part of the group called ‘synanthropic species.’ These species live near humans and directly benefit from human-altered landscapes. Animals such as mice, rats, pigeons, racoons, skunks, and coyotes are synanthropic species. Red foxes, like these other animals, benefits from our landscape alterations, including gardens, bird feeders, garbage dumps, sheds, porches, and barns, all of which provide either suitable food or shelter, and often both. These species have learned how to exploit human settlements to their advantage, and they thrive in suburbs and cities that are in or near forests or fields. An ‘edge species’ lives at the border of two different habitat types, or ecotones, such as where forest meets grassland. A city like Whitehorse could be an ecotone in and of itself, since its boundaries are rich forest area. But in other cities such as large metropolises, humans have created habitats that very closely mimic an edge species’ natural environment. Gardens and yards that back onto bushy or forested area are perfect for red foxes and other edge species. Because rats, mice, and voles enjoy human suburban environments, red foxes have an abundant food source when living near people, not to mention the garbage that people inevitably leave lying around or in unsecured garbage cans. 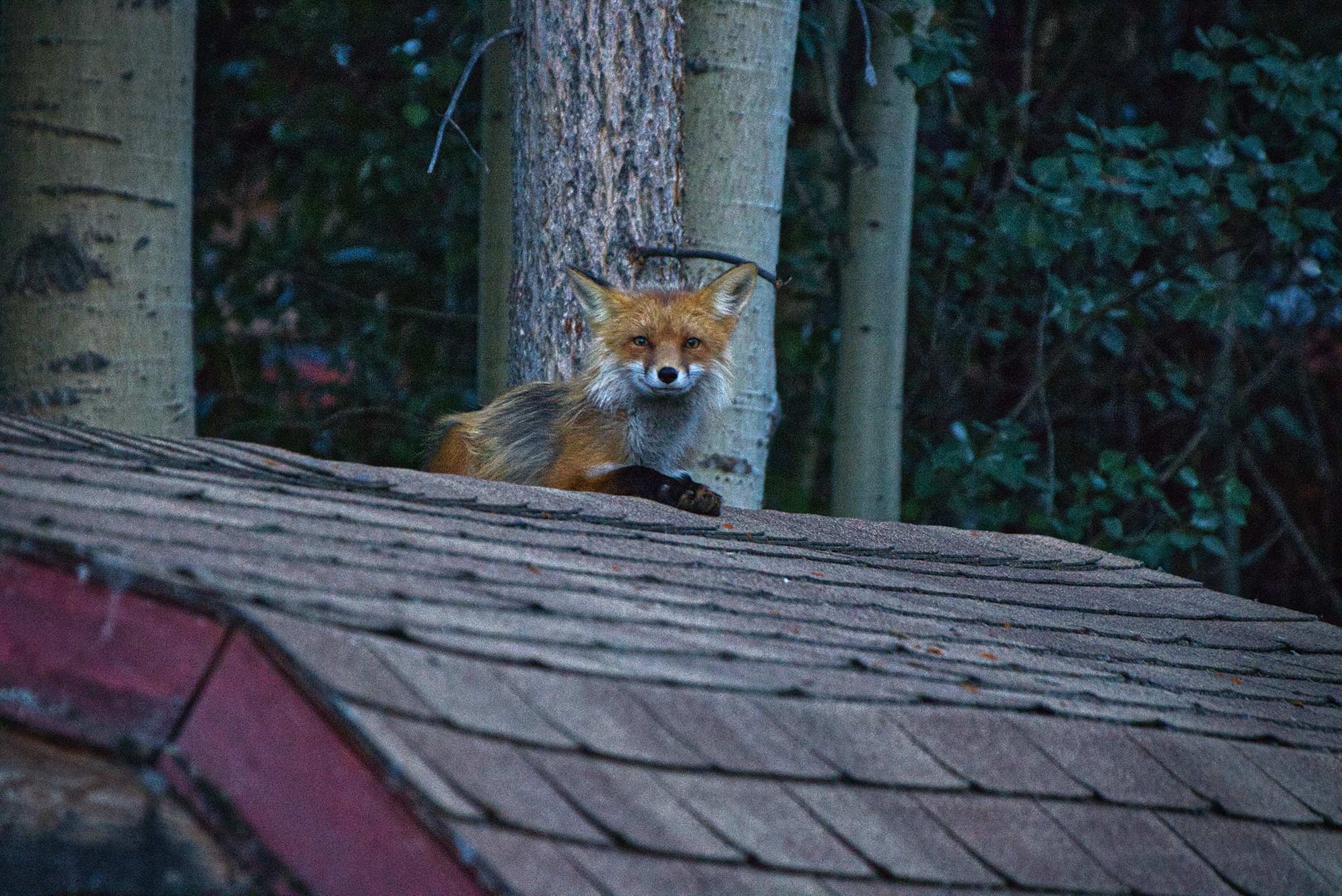 Moreover, red foxes require shelter for denning, and the underside of sheds and decks, or your rotting wood pile all offer what a fox needs to rear its young. And because human settlements are typically near a water source, foxes will have access to that as well. Many gardeners also choose to provide bird baths or other water sources on their property, and this makes great habitat for all edge species, including foxes. A bushy yard near a field or forest is a great environment for a red fox, since they benefit from both the human environment and the natural landscape. And suburban environments offer fields where they can hunt, ditches with food and water, and woody parks which offer cover, safety, food, and denning opportunities. A great environment means large litter sizes, and high survival rates among young. The Wilderness City is the perfect environment for a red fox, and the perfect place for fox populations to thrive. 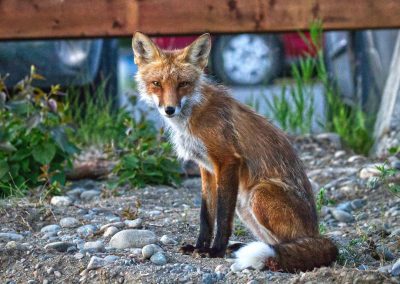 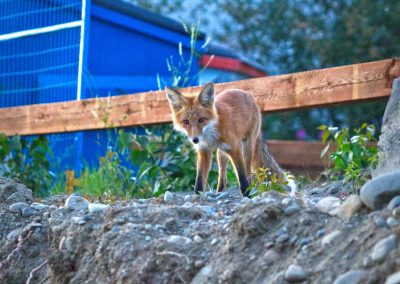 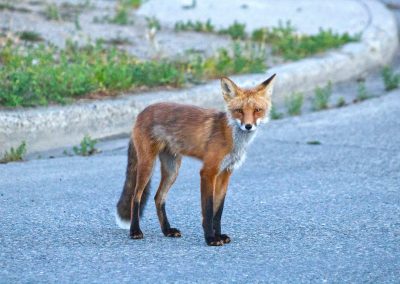 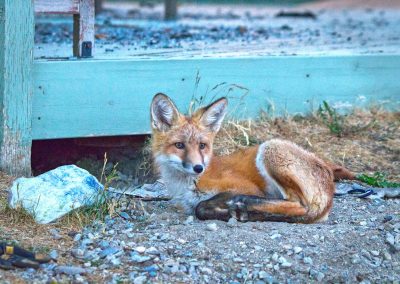 So human environments are great for red foxes, but how are red foxes great for people? As we’ve seen, our environments attract a variety of animals that people find a nuisance. Mice, rats, voles, and pigeons are all things that people don’t enjoy having in or around their house. Fallen fruit such as crab apples and berries attract mice into our yards, and without foxes, these animals can cause problems for people. Luckily, these animals are all great food sources for foxes. And people generally find foxes cute and enjoyable to observe. They aren’t threatening, even to children, and they generally won’t go after a full grown healthy cat. Foxes generally don’t cause problems for people who don’t have chickens or rabbits that they keep outside, and even then, modern fencing is good enough to often keep these animals safe. Foxes can carry rabies, which can cause problems for people, but in the Yukon, rabies is thankfully not a common disease. People have traditionally enjoyed keeping cats to help curb the rodent population, but cats also kill songbirds, and are one of the leading causes of songbird decline in North America. Foxes generally don’t kill songbirds, and subsist mostly on rodents and whatever they can scavenge. In other words, they eat what we don’t like. 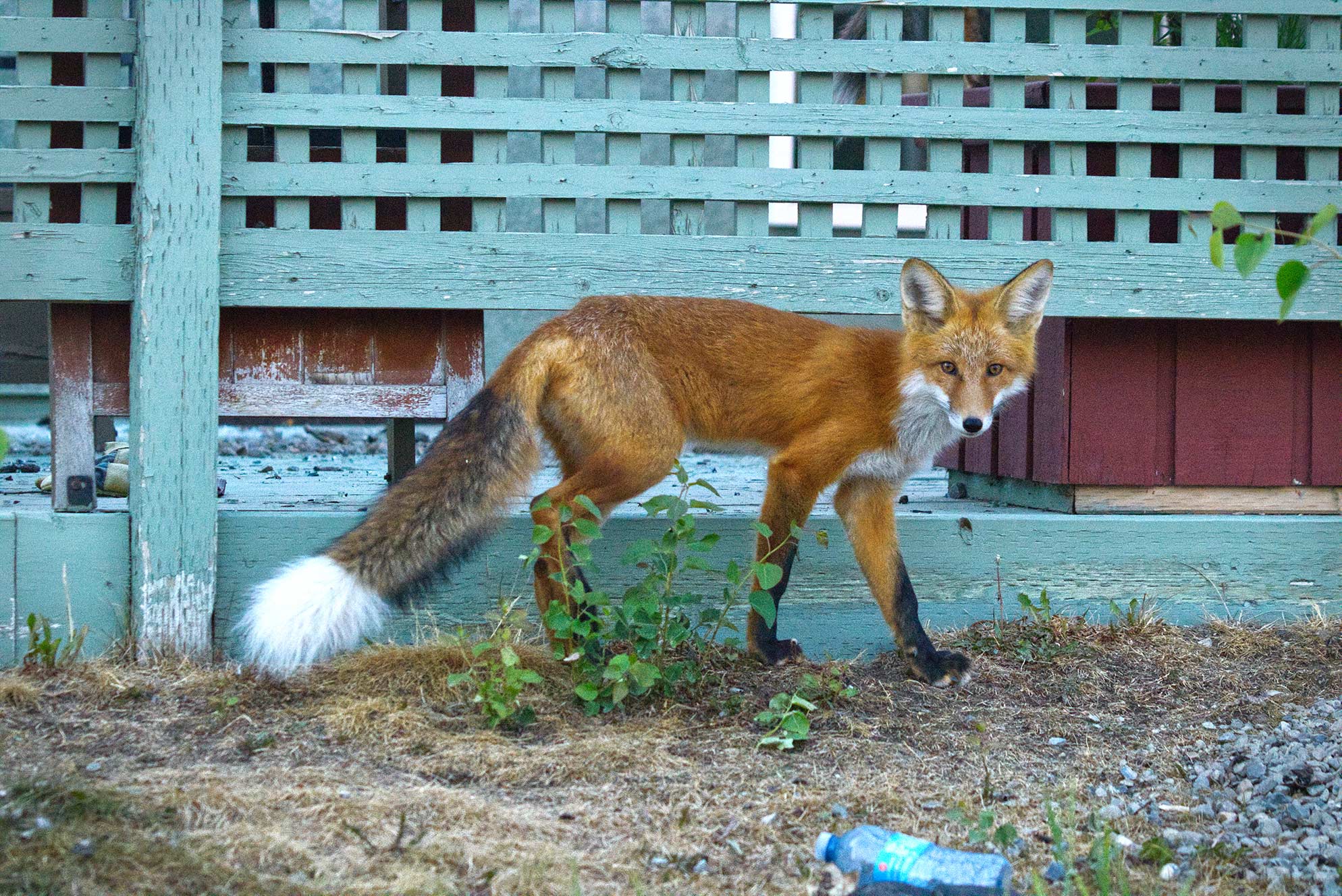 Red foxes are the perfect species for urban populations, and because of this mutually beneficial relationship, fox populations will continue to grow and thrive alongside people. Come see our two resident red foxes next time you’re at the Wildlife Preserve! 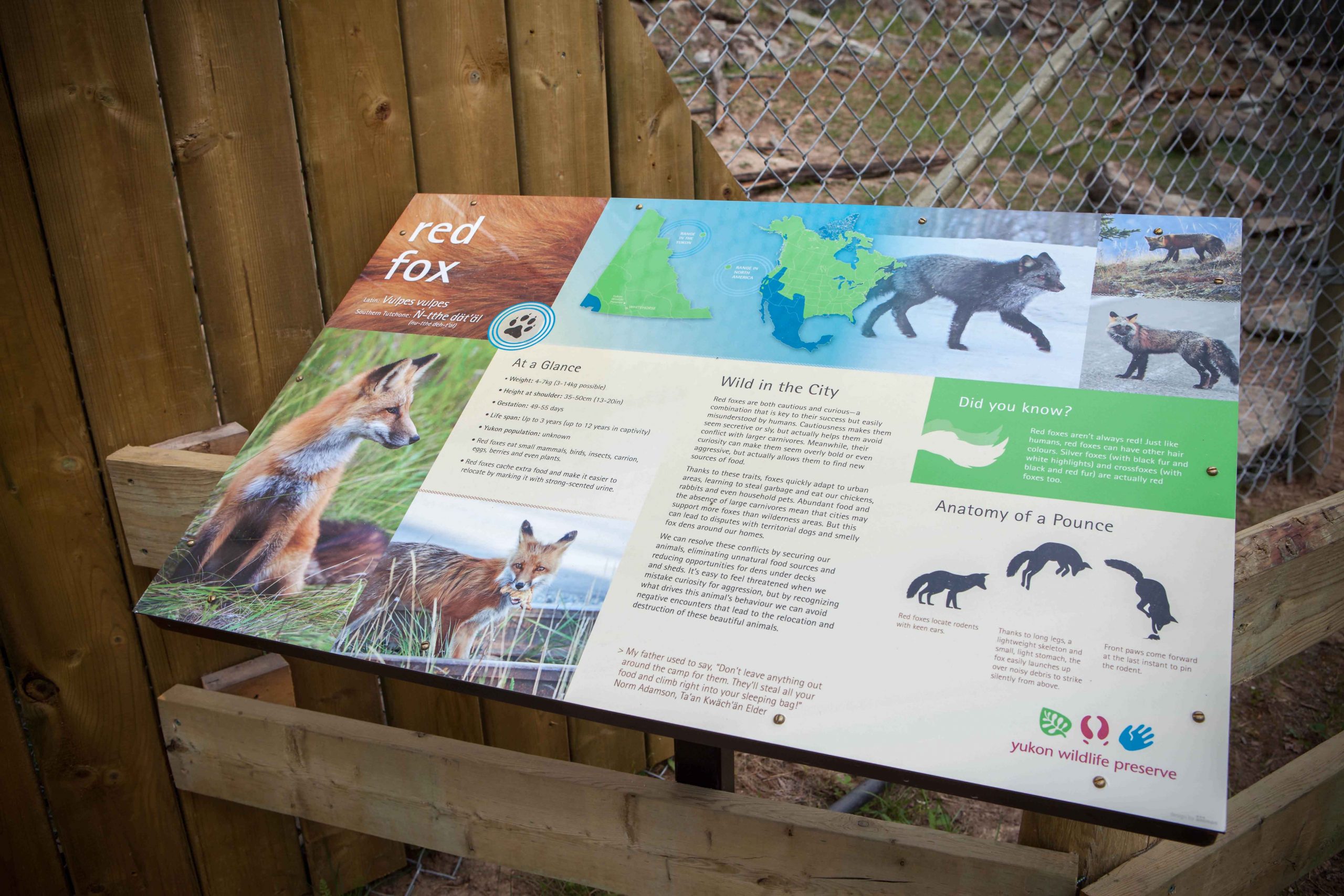 This interpretetive panel is placed next to our fully fundraised Red Fox exhibit. It shares the story of red fox success across the Northern Hemisphere, from the Arctic to urban enviroments. 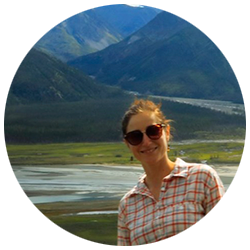 Danette is new to working at the Wildlife Preserve, but not new to appreciating it! Danette currently lives between the Yukon in summers, and BC / Alberta in the winters. She holds a Master's of Natural Resource Management, and has always been a big appreciator of wildlife and our natural world. Danette was raised in the mountains of western Canada, and is enjoying getting to know the north.

← Previous Article (A Helping Hoof) Next Article (What's That Scat?) →